The Kumahiko Takebayashi Collection (about 600 books and 3,034 documents)

The collection consists of the books and written records owned by a library science scholar, Kumahiko Takebayashi (1888-1960) and donated to Doshisha according to his wishes by a member of the bereaved family, Haruhiko Takebayashi in 1961.
The collection of reference materials related to modern Japanese libraries comprises approximately 600 books owned by Takebayashi and a total of 3,034 written records collected by him. The written records comprise 1,695 Takebayashi documents, mainly drafts and manuscripts written by Takebayashi himself, and 1,339 Inagi Tanaka documents by Inagi Tanaka, the first chief librarian of the Imperial Library, the first president of the Japan Library Association (old name: the Nippon Bunko Kyokai), as well as the subject of Takebayashi’s research. Takebayashi’s manuscript “Meiji-jidai ni okeru toshokan no rekisiteki kenkyu shiryo” (historical materials for the research of Japanese libraries in the Meiji Period) is among the Takebayashi documents. Tanaka’s manuscripts and concept notes, such as “Teikoku Toshokan Setsuritsu no Gi” (proposal on the establishment of the Imperial library) and ”Teikoku Toshokan no Kaikanshiki Shikiji Gennko” (manuscript of a ceremonial address at the opening ceremony of the Imperial Library) are included in the Tanaka documents.
For more detail (In Japanese)

An example of using Takebayashi Collection 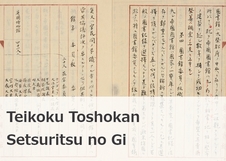 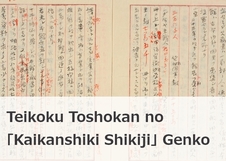 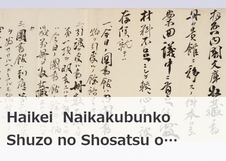 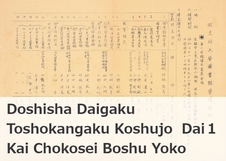 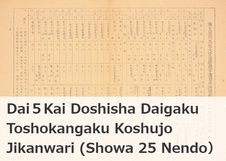 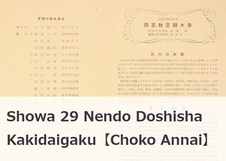